There Comes a Time When Silence is Betrayal

A great many people think they are thinking
when they are merely rearranging their prejudices.
—William James 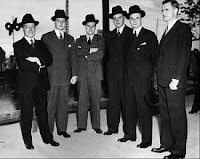 All but one of our presidents have been white. Personally, I only felt safe when the black one was in office. The rest, at least in my lifetime, cared for nothing but power and money. That’s true of most white men, isn’t it? The architects of the 2007 financial crisis that wiped out trillions in consumer assets—those were white guys in starched white shirts. Greedy bastards. Look at the Forbes list of America’s billionaires, currently hoarding nearly three trillion dollars, and you’ll see a marked lack of pigment.

Frankly, when I see a white man coming, I hide my purse.

All of my bosses were white. The bullies, the harassers, the crushers of dreams and aspirations—you guessed it, white males. To finally have a woman in charge was a revelation. Here was kindness, fairness, problem-solving without intimidation. Sadly, she was the exception. Corporate culture, by and large, is driven by a need to dominate. Capitalism is a zero-sum game. I win, you lose.

The sad thing is, for all the winning that white men do, they’re never happy. It’s never enough. They get the benefit of every doubt, and they’re not even grateful for the privilege. Nobody questions their right to walk down the street, or drive a car, or shop in a store, or voice whatever dumb opinion they have, no matter how ill-informed. Nobody turns them down for a college application, or a loan, or a mortgage. Creditors practically give them money. They’re on the dole from birth, getting hand-outs left and right. Thanks to the GOP tax cuts in 2017, the wealthiest Americans and corporations received nearly two trillion dollars from the government for doing absolutely nothing. Welcome to the welfare state.

If you’ve read this far and can’t wait to argue my baseless generalizations, you might be a white guy. It’s a hard time for you, I know. Your portfolio is down almost ten percent, what with the global pandemic and all. You’re probably losing sleep. It’s not safe to walk the streets. How do you protect yourself, your home, your family? Is it even safe to call the police?

Could it be, at this moment in history, that you might be feeling a glimmer of empathy? I’d always heard that white men weren’t capable of it. Can you imagine that others in America feel this anxiety, this overwhelming fear, every day of their lives? Can you look beyond your safe existence to see that others never had your security? You’ve probably always thought that your ability to talk your way out of a speeding ticket had more to do with your charm than the color of your face.

If you watched the protests on TV and felt more outrage over damaged property than you did about a man slowly being choked to death while he cried out for his dead mother, I wrote this for you. Enough is enough. I look back now and see the fiction we’ve lived, the myth that the American Dream is the same for every American. We’ve always believed that cops were heroes. Sure, there were a few bad apples, but they were the exceptions, the aberrations. If an officer roughed you up, you must have done something to deserve it. After all, cops were always nice to us.

I went to a very nice school, paid for by my parents, along with a zero-interest federal loan. Some of my classmates were very successful weed dealers. Most of them went on to become successful lawyers. Young men of the same age but with slightly darker complexions went to maximum-security prisons for up to ten years. No college kid I knew could have imagined being stopped and frisked on the street. It was not the world we knew. How lucky for us, growing up in that America.

In our America, people worked hard to succeed. If we played by the rules, we were rewarded. We pulled ourselves up by our bootstraps. What a joke, considering that our parents bought our shoes. For many of us, land and money were handed down, generation to generation. Our parents bought good homes in decent neighborhoods, with good schools. They could do that, being white. Nobody stopped them. 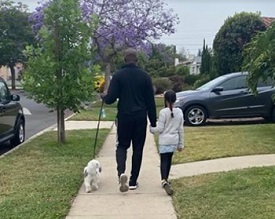 There’s a gentleman named Shola Richards, who lives in California. He owns a nice house in a nice neighborhood. He’s tall, athletic, black. As a black man, he never feels safe walking in his own neighborhood because he knows others perceive him as a threat. He always brings his wife or daughter along, and his fluffy little dog. To make us feel safe. How pathetic we are, as a country, to treat our fellow citizens this way.

But let’s get back to you white guys. Don’t get me wrong—some of my best friends are white. I sleep with a white guy. Maybe I’ve judged you too harshly, but then, you’ve been holding the reins of power here for four hundred years. This is your legacy. Innocent people are being attacked and killed in the streets on your watch. If you sit silently by, supporting the status quo because it’s good for business, this is on you.

Why am I off the hook? One, I’m a woman, and two, I voted for the woman. Every time I raise my voice, you say I’m too shrill. Rest assured I’ll vote again come November, braving a virus, martial law or nuclear winter to elect any and all candidates who support criminal justice reform, federal legislation to stop police violence, and programs at state and local levels to combat bias and discrimination. Is it too much to ask that every American be treated with decency and respect? If that means I have to start being nice to white men, so be it. Seriously, I love you guys.

Note: All references to white and/or melanin-challenged men are not meant to perpetuate racial stereotypes. This piece was written as satire, or metaphor, or allegory—I can never keep them straight. At any rate, I didn’t mean you. I mean those guys who tell us how hard they had it, growing up, and how they’re the good guys, and they don’t see color. You know who I mean.
at June 07, 2020