Dr. Lentz and the Cancer Cure

Or “Stranger Than Fiction: How Frank Lost the War”

As usual, this blog is about anything but books. Something happened this week that I’m still trying to process. It all started in 1998, when my father-in-law, Frank, was diagnosed with cancer. I woke up the other day thinking about the doctor who promised to save him. 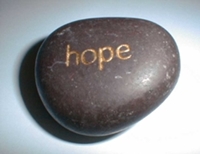 Back then, Frank didn’t want surgery or radiation, so he went to an “alternative” clinic offering chelation—normally used for heavy-metal poisoning—and vitamin shots imported from Germany. That doctor referred him to a specialist in Nashville, Dr. M. Rigdon Lentz, who was conducting an FDA clinical trial. It was supposed to be THE cure for cancer, the biggest news in history. Frank didn’t blink about paying $30,000 in cash. (And this was 20 years ago.) We were alarmed, of course, but what if it worked? Online, I found an AP story about a widow who filed suit against Dr. Lentz for giving her husband “false hope.” The couple’s church had raised $60,000 for the treatment, which they considered a miracle. Dr. Lentz told the dying man his tumors were gone, when one grew as big as a baseball. By phone, I talked to the wife, who said she’d heard from dozens of families with similar stories. All of their loved ones pinned their last hopes on Dr. Lentz. All of them died.

Granted, these people were terribly sick in the first place, so Lentz could hardly be blamed for their deaths. He was a loving, caring man who wanted only the best for his patients. My father-in-law adored him, and didn’t appreciate my skepticism. In my research, I found it strange that Frank, who had early-stage prostate cancer, was accepted into a trial for metastatic breast, melanoma and colorectal cancers. Years later, we would read about these “breaches of protocol” in FDA memos.

Frank quickly ran through his life savings, along with loans from family and friends. The treatments made him terribly sick, but that just meant they were working, or so he was told. When his money ran out, Dr. Lentz announced that Frank could go home—his scans were clean! In fact, the cancer had spread. By the time Frank reached the Cleveland Clinic, it was too late. The oncologist, hearing about Nashville, got so mad, he had to leave the room. He said that Frank’s cancer would have been among the easiest to treat, with a survival rate of 95%. Frank died later that year.

In 2006, Dr. Lentz pleaded guilty in federal court to a charge filed by the FDA. Warning letters cited “serious violations” in his clinical trial, including failure to obtain informed consent and treating patients “off-study.” He also “failed to report all deaths/adverse events that occurred.” (If you’ve heard that these were merely “administrative errors,” I urge you to read the report filed by the FDA inspector, who found boxes of “dead patient files” in the hall.)

We thought Dr. Lentz’s practice was closed for good. Just to be safe, I searched his name occasionally, and that’s when we heard he’d set up shop in Prien, Germany, with his wife, Kiran. Over time, I found a few Facebook posts from families who raised money to send their loved ones overseas, but the stories always ended in funerals, and the clinic was in a foreign country, so what could we do?

Even Farrah Fawcett went to Germany for treatment (a different clinic). I started to wonder if maybe the hype was true. At one point, news reports said that Farrah was “tumor-free.” Sadly, we know how her story ended.

So, on Monday morning, I woke up out of a sound sleep, thinking about Dr. Lentz—the first time in ages. Something made me go to my computer, and when I searched his name, up came a story about a young man in Canada battling a rare form of cancer. His family was trying to raise $180,000 to send him to Dr. Lentz.

And I thought, oh, my God, I have to tell them.

But tell them what? These poor people were desperate for a miracle. Who was I to question their chances? What if I was wrong? It took all day to write the email. The next morning, I heard back from his family. They’d been on their way to book tickets to Germany. Now, the trip was canceled. There had been doubts all along, but nobody wanted to steal the young man’s hope. They called my email “a gift from the universe.”

Today, I’m putting our story out there for others to find. We didn’t say anything all those years ago because, like everyone else, we wanted the cure to work. It was inconceivable to us that a doctor could look a dying man in the eye and promise to help—and take every last penny he had—unless the promise was real. We hoped that one day, Frank would be part of medical history, and Dr. Lentz would win the Nobel Prize.

In his online credentials, Dr. Lentz says he is currently a “senior research scientist of the International Center for Interdisciplinary Studies of Immunology of Georgetown University Medical Center, in Washington, D.C.” I searched the Georgetown site and found no mention of him, so I asked the medical center to verify his title. Their written response: “We did not find Dr. Lentz in our directory.”

There’s a frustrating lack of information elsewhere. In their research, the Canadian family sought the opinion of Dr. Ralph Moss, a consultant in the field of non-conventional cancer treatments. He charged $20 for his report on Dr. Lentz, along with a $300 treatise on their specific diagnosis. Dr. Moss holds a doctorate not in medicine or science, but the classics. He was a proponent of laetrile. When Frank got sick and we looked for answers in 1998, Moss was Dr. Lentz’s biggest supporter.

If you’re reading this, you’ve probably heard about the conspiracy to suppress cancer cures. Dr. Moss wrote a book about it. The medical establishment, the FDA, the drug-makers—they’re all involved. Thousands of people are trying to block the cure that would save their own mothers. Pay attention the next time you hear this, and I promise you: Someone will be trying to sell you something.

I’m a firm believer in holistic medicine and non-traditional methods of healing, and I know that American regulations can keep effective drugs from reaching the market. But we have to use common sense. If a doctor discovered a cure for cancer, the pharmaceutical giants of the world would beat a path to his door. He wouldn’t have to work in a tiny clinic in a foreign country. There would be dozens of published reports about his success. And maybe, after refining his methods for 30 years, he would have found a way to lower his costs, so as not to bankrupt the families he’s trying to help.

How much is time worth? How much would you pay for a few more months on earth? These are the questions faced by terminal patients exploring alternative options. Dr. Lentz’s treatment, which has gone by the names of Apheresis, Biopheresis, Ultrapheresis, Immunepheresis, Immunopheresis, OncoPherese and now, LentzLoc, is said to be a medical breakthrough—but where is the independent data? Claims made on a web site don’t count as clinical proof. We hear impressive things about tumor reduction, but I have yet to see any published statistics on long-term survival. One woman whose sister is still in the fight [passed away in 2014] said, “I don’t believe it’s a ‘cure,’ but it buys time. I tell others to do their research.”

Epilogue: This blog is now three four eight years old, and the response has been overwhelming. Emails continue to come from families and physicians around the world, but so far, not one has been from a patient in remission (or even anyone who survived the trip home from Germany). Several doctors told me they spoke by phone with Dr. Lentz, who was quite convincing about his methods. They later regretted not listening to their guts.
Here are two articles that were recommended to me about the choice between palliative care and “futile care.” The first, written by nurse Amy Berman in the Washington Post, describes her decision not to seek aggressive treatment for stage-four breast cancer. The second, How Doctors Die, urges a discussion about quality of life over quantity when faced with a dire prognosis.
at October 27, 2012 50 comments: