A Plea for Peace

Remember the days before Facebook, when you could go your whole life not knowing what someone thought politically? You could wave to relatives and neighbors, blissfully unaware that they voted for the Antichrist. (Yes, I voted for her. The email lady. Some folks will never forgive me.) 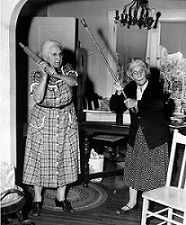 I don’t check Facebook much anymore, except to see pictures of my husband’s cousin’s dog, Joey, who is adorable. Otherwise, it’s too depressing. The other night, I accidentally caught a post from a friend, and it was like a knife to the chest. I hoped that four years of grift, graft and incompetence would change some minds. I was wrong.

My friend list is shorter than it used to be. In 2016, the mute and unfollow buttons became protection. I didn’t want to be that person, ending relationships over politics. This was different, though. Our choices reflect our values, and our character. A red hat is an in-your-face statement. Maybe it means more than you intended, but we can’t look past it. That bell can’t be un-rung.

I’ve been trying to figure out when we took up opposite sides of the fence, but who has time to re-examine four hundred years of American history? In my lifetime, Rush Limbaugh was the one who built the wall. His radio show went national in the late eighties, but he didn’t reach critical mass until the Clinton presidency. In fact, Rush was honored for his part in the landslide mid-term election of 1994, when Republicans reclaimed the House after forty years. It was a dark time to be a liberal. It was the first time I knew I was a liberal. Here was this man on the radio, braying the ugliest, meanest, most hateful thoughts out loud, and people ate it up. People I knew and loved. It felt like “Invasion of the Body Snatchers.” One day, I’d be talking to a kind, caring individual. The next, he was calling me a feminazi. As a joke, he said. Ha. Ha.

Rush certainly didn’t mean it as a joke. He’d say anything for ratings, but he tapped into a deep, dark vein of hatred toward women, people of color, and immigrants. By the way, he just received the Presidential Medal of Freedom. Up is down, down is up. I don’t understand the country we’re living in. But then, I’ve always been naïve. I grew up on a farm, believing in truth, justice, the American Way. My parents sent me to church, where I learned to Do unto others as you would have done unto you and Defend the weak and the fatherless; uphold the cause of the poor and the oppressed. According to Rush, this made me the enemy. My dad loved his show.

As a monster liberal, what is my agenda? I believe in investing in education, childcare, drug treatment, and affordable housing, rather than paying $40,000 a year to house a person in prison. I believe in investing in healthcare—check-ups, cancer screenings, birth control, blood-pressure medicine—to keep our workforce healthy, and to avoid paying Medicaid to transport a patient to dialysis three times a week. I believe in paying my fair share of taxes, since I reap the benefits of living in this great country.

Honestly, it pains me to write this. America isn’t great at the moment—the slogan says so. I believe in the best of this nation—basic rights and care for all citizens—and apparently, that makes me a radical left-wing socialist. Here are some other socialist programs I endorse: public libraries, schools, roads, fire departments, subways, city buses, Social Security, Medicare, public universities, and hospitals. Lock me up. 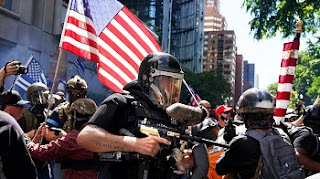 Rush Limbaugh would have you believe that I, as a liberal, am the greatest threat this country has ever faced. Meanwhile, he helped elect a president who is bent on destroying our institutions, from the FBI to the CDC. At this moment, he and his cronies are working hard to strike down healthcare, gay marriage, voter rights, and a woman’s right to choose. Our national debt has exploded to $27 trillion. With a “T.”

But oh, right, I forgot—your taxes. That’s what matters. In a Biden presidency, your taxes will go up if you make more than $400,000 a year. Does that apply to you? If so, you’re buying lunch next time.

Sorry. For a bleeding-heart liberal, I get so mad sometimes. The past four years have been a nightmare. We watch our standing in the world erode. Our allies don’t trust us—they think we’re a joke. Our leader brags about the great job he’s doing. By the end of the year, a quarter-million of us will be dead of COVID-19.

We have a chance to change this narrative, to choose a president who is good, smart, decent, who works with people across the aisle to get things done. Being a politician isn’t a dirty word, unless you think it’s smart to hire a mechanic to take out your gallbladder.

Please, just this once, don’t do something just to own the libs. We’re owned. We’re permanently owned. The joke’s on us. You win.
at October 22, 2020