Across the Pond and Back Again

(My Last Blog for a While)

We’re back from London, an exhilarating trip from which we’re still recovering. As an OCD travel planner, my daily itinerary was what you might call “ambitious.” We didn’t have time for jet lag, thanks to a go-go schedule: two bus tours, a bike tour, four walking tours, a boat ride and a train excursion, among other adventures. London lived up to its title as one of the greatest cities in the world. Every day was an overload to the senses. 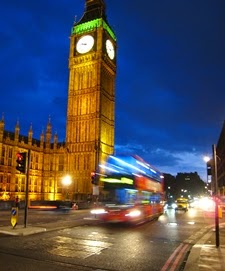 We stayed with my cousin Laurie and her husband, Wallace, whose job moved him to Europe last year. Laurie told me she decided, living abroad, that she would take advantage of every chance to do and see and explore. A fellow transplant had spent the first few months in London fixing up the house and getting settled, only to be transferred back to the States without seeing much at all. “Who knows how long we’ll be here?” Laurie said. “I don’t want to waste a day.”

That struck me as the perfect way to live. My intrepid cousin, who used to be afraid of heights, has so far climbed the Monument to the Great Fire of London (200 feet tall) and Big Ben’s clock tower (16 stories high). She rode the London Eye, the giant Ferris wheel with glass-enclosed cars, a couple of times. Laurie has visited just about every museum you can name, and she traveled to Paris on her own. She expertly guided us onto the Tube and flagged down buses from Notting Hill to Piccadilly Circus. She’s my hero.

When we landed, Laurie handed us a cell phone for emergencies, which meant we could turn off our own and actually be on vacation. I didn’t touch a computer all week. Graeme had to check email now and then, but guess what? The world didn’t fall apart while we were gone.

Back at home, it’s hard to plug in again. This afternoon, my husband said, “I don’t feel like working.” (Sunday off—what a novel concept!) The thought of checking Facebook or Twitter makes me tired. Trivia questions, once so easily Googled, are going unanswered. I realize now that this blog has become a distraction from writing, so it’s going on hiatus for a while.

Epilogue: Two weeks after this post, Wallace learned that his job was moving him to Atlanta. Laurie had three weeks to pack. In the meantime, she bought tickets to Wimbledon and took her sons on a bike trip to Paris. You go, girl.
at June 16, 2013