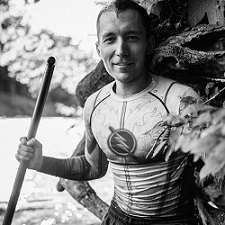 We lost a member of the family last week. His name was Thom. He was 31 years old. He died while mountain-climbing. It’s the kind of shock that rarely happens in our family. We’re farmers, not adventurers. We die of old age, in our beds. Frankly, I don’t know what to do with this. I barely knew Thom. He was my cousin’s youngest son. His father, Tedd, and I spent summers together, running through the fields in Hawley, Massachusetts, but that was fifty years ago. I remember Thom as a tow-headed kid, asleep on the back of his grandfather’s tractor.
Thanks to Facebook, I can go back and trace Thom’s path through the last few years of his life. He farmed with his dad, the eighth generation of Whites to work the land, as he proudly noted in his profile. He was a whitewater rafting guide in the summers. He sang in a band, Thomcat and the Berkshires. He drove a cherry-red Mustang with a white racing stripe. “I believe in hard work and living a good life,” he said. “I’m usually doing something active or reading.” 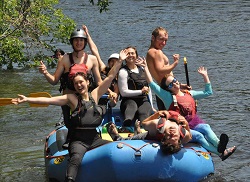 In the fall of 2019, he wrote: “I live a very blessed and fortunate life. I am grateful for everyone that is a part of it, and my close companions. I have had no tragedies, or illness or immutable hardship. I have listened and heard from many this year that have, and I don’t know how they do it. I love you guys and I am here for you, as you have been for me.”
February 2020: “Boy, I don’t know what it is but everything is starting to look very good...great times coming.” A month later, as the world went into lockdown, he reported, “Hope everyone’s doing well. My impression is people aren’t designed to be socially distant. I’m doing well up at the farm, and we’ll be working the fields soon.” 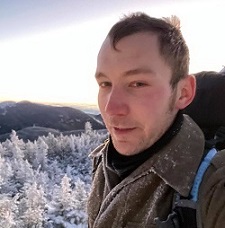 He was excited about plans for his new house. “I’ll start building an A-frame on my 50 acre lot next year. Should look great. The White family are carpenters as well. Probably a project I’ll be working on in the evenings.”
As the election approached, he wrote a thoughtful piece about politics, breaking his personal rule not to talk about “negative” topics. “We must be able to communicate,” he said, “and we must be able to disagree.” He affirmed his belief that “people are inherently good,” and closed with this thought: “We must preserve our individualism and our love, because that is what will create the incredible future that happens next.”
Around Thanksgiving of that year, he rode his bike to the top of Mount Greylock. After Christmas, he set off for the Adirondack Mountains and celebrated New Year’s Day atop Mount Marcy. A few months later, he passed his annual physical for Zoar Outdoor, the rafting company he so adored: “Vitals are slightly high due to stress. They recommend I get a girlfriend if I don’t have one, or become single if I do.”
June 2021: “Realized today I have everything I could want. Being 30 now I’ve streamlined my life. Finish my house in two years, find a romantic partner at some point. That’ll be it really, spend the rest of my days on the water and listening to techno music.” 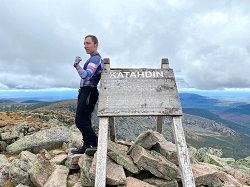 That summer, he bought a new drone camera, which would play a central role in his soaring adventure videos. In the fall, he set off on a 450-mile bike trip to Maine to climb Mount Katahdin. He recorded it as “one of the most beautiful views of my life so far.”
In November 2021, he announced his plan to bike from Massachusetts to the West Coast along the “Northern Tier,” and climb the highest points of each state along the way. A few weeks later, he noted, “It’s interesting getting older, I can design my life to be exactly how I’d like it to be.”
That month, while buying office supplies at Staples, he witnessed a customer becoming violent with staff at the counter. “Fight or flight response told me I had to approach,” Thom said, “because other people were going to get hurt.” He managed to talk the man out of the store. Thom happened to be wearing his Superman shirt that day. His friends called him “our resident superhero.” 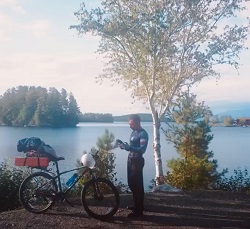 In January, he visited family in Florida and sketched out plans for his cross-country trip. “I’ll have to be careful for this one, because of the duration. Wind breaking and waterproof layers, with thermals that can be taken off.” He added, “Overall, I think it’s going to be a great experience. I see the importance now of new experiences and new people, and the perspective and opportunity it brings. There are a lot of great people and places in the world, and I can’t wait to see them.”
On March 9th, he left home. “Gannett Peak, Borah Peak and Mount Rainier are the highest points of their states, and the most prominent of the trip. These are the three I’ll go for. The elevation of the summits in the northwest is higher than the mountains here in the northeast, at around 12-14,000 feet. I’ll acclimatize naturally on my approach to them. See you at the west coast, and some of the mountains along the way.”
By March 11th, he was in Pennsylvania. “People are waving their arms as I go by, they seem happy.” By the 18th, as he reached Ohio, he’d covered 575 miles. On the 25th, as he crossed the plains, a storm drove him to shelter. “I’m having a great time. The weather has been pretty intense though. I don’t think I’ve seen the sun in four or five days. It’s been heavy torrential rains, and high winds.” 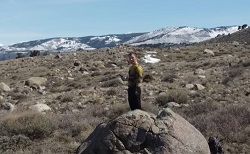 South Dakota, April 15th: “The land has had remarkably no elevation change since Indiana, making travel easier. The headwind did have an effect, but with the land changing and foliage to break it up, it’s getting back to normal. I’ll buy some equipment and new clothes, and get ready for the mountain summits in the next states. This trip has given me the perspective I was looking for, and I’ve met great new people that have helped me along the way.”
April 22nd, the Wind River Range, Wyoming: “I seem to be getting better. Mountains are straightforward, and fatigue is restored quicker. I’ll climb the high points of states further west, due to high avalanche risk from the recent weather here.” 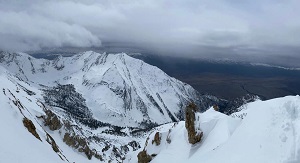 On May 1st, Thom completed his solo climb of Borah Peak in the Lost River Range, Idaho.
Two weeks later, he reached the Pacific Ocean. He’d biked 3,145 miles. From Astoria, Oregon, he shot a gorgeous video of the coast, blue-green waves crashing on the dark rocks. In his last post, May 15th, he said, “It was interesting to see every terrain; the mountain ranges of Pennsylvania, the fields of Illinois and lowa, the high desert of Wyoming and Idaho, and the snowstorms on top of Mount Borah. Solo climbing approval from the states it’s required in has been on hold with the late winter in the mountains here, but I’ve had each unique experience I was looking for. I’ll come back another summer for Mount Rainier and Hood. It feels good in the sun. I’ll return home to Massachusetts next week, and settle down for a while to build the A-frame.” 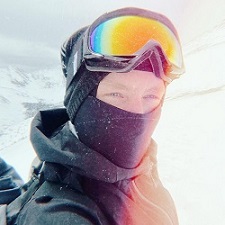 The day before his flight home, after a 48-hour delay due to snowstorms, Thom headed for the rim summit of Mount St. Helens. It’s the smaller sister to Mt. Rainier, almost half the height, a little over 8,000 feet. Climbers usually make the round trip in 7 or 8 hours. When Thom didn’t return that night, a friend reported him missing. He’d been caught in a freak white-out; rescuers couldn’t find him for two days.
His mother, Lynne, wrote, “When he sat down, it was at the top. He had made it.” I can’t imagine the pain she and Tedd are going through. No parent should ever have to endure such heartbreak. To Troy, Jill, Mark, Willa, Lisa, and the rest of the family, I can only send my love. There are no words. Thom lived a life that many of us would envy. He never took a day for granted. What an epic adventure he had, and what a fine young man he turned out to be. If only we’d had more time to know him.
Here’s a song he posted, “The Road Home, by Stephen Paulus. May it bring some comfort. Thom is home now.
at May 26, 2022