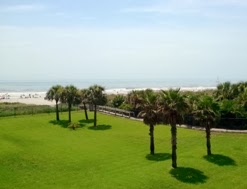 While the rest of the country freezes, we’ve had some of the nicest days of the year. Last week, I got great news about my book. Meanwhile, my brother-in-law buried his mother. Lately, I’ve been puzzling over this “guilt vs. gratitude” conundrum. When blessed with the rarest of gifts—sunshine, laughter, health, love—are we allowed to feel good?

My last post dealt with putting a cherished pet to sleep. A few days later, my uncle died of bone cancer. His death was not unexpected, but it wrecked us, just the same. By the time Thanksgiving rolled around, the same day as my father’s 85th birthday, we didn’t have the heart to make a big fuss. Dad’s only brother wouldn’t be there to celebrate with him. I remember thinking it would be a hard day.

And yet. We put 85 candles on a pumpkin pie, which, if you didn’t know, creates a vortex of flame, resulting in a lake of green wax, and we laughed ourselves silly.

The next morning, someone called to say that our long-time friend and neighbor, Andy, had passed away.

That weekend, Graeme and I went to the animal shelter, “just to look,” and came home with a sad-eyed kitten named Ripley. A few weeks later, realizing he needed a buddy, we adopted a second furball, Cato. Christmas, with family around the tree and a pair of kittens playing in the wrapping paper, was a good, good day. 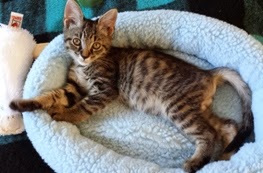 By the next night, we were talking to an emergency vet about Ripley’s chances of survival. It didn’t seem real—how were we back in that same awful place again so soon? Hadn’t we learned our lesson? But what was that lesson, exactly? Not to get too attached? Never to love things too much? As the hours ticked by, I tried to reason with a kitten-killing God. If He was trying to teach us some great lesson about loss, we’d already been there, done that.

Around 5 a.m., out of nowhere, this thought: You’ll lose everything you love if you live long enough. It shook me out of my self-absorbed rant. Maybe Ripley would only be ours for a month, but what a great kitten he’d been.

And yet. Seventy-two hours and a second mortgage later, the Mighty Rip came home, no worse for wear. As I type this, he’s tearing around the living room, chasing after his brother. Cato fell off the second-floor banister the other day, but he landed on his feet. Eight lives to go. We probably won’t have any glassware left. (There must be a Buddhist lesson here about not getting too attached to material things.)

Between work and cats and everything else, I haven’t had time to write. The constant refrain: “When life gets back to normal.” Who am I kidding? This is normal. The ups and downs, the highs and lows—what we call “drama” is nothing but life going on. It’s shameful, really, the time I’ve wasted, waiting for the perfect moment. There isn’t any other kind. If I’m lucky, I’ll have time to finish this senten
at February 24, 2014