My book is done. Now what?

It’s finished. I’m still in a state of shock. So strange to wake up this morning without new chapter ideas buzzing in my head. My book is done!

About a year after 9-11, with no more time to waste, I decided to quit my job as a travel writer and become a full-time novelist. Fortunately, my boss talked me out of the grand gesture, so I stayed on as a part-time employee. Somewhere in early 2003, I woke up with a line in my head and wrote the first chapter. 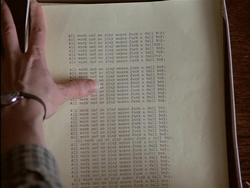 Don’t bother doing the math. It was eight years ago.

FYI, I’ve never been a fast writer, so how it made sense that I’d soon be earning the big advance and royalties is a mystery. But hey, a girl can dream. In time, I went back to a full-time job and wrote on the weekends. Oprah disbanded her book club. The Kindle came on the market. Publishing companies started losing money.

Every New Year’s Eve, the only resolution I made was to finish the &$%# book, only so I could stop thinking about it.

In the summer of 2010, I had the opportunity to quit my job (again) and join my husband’s company. It was a win-win situation: steady income and freedom to write when the work was done. My page count slowly grew. The book’s beginning and end were already written; it was only a matter of filling in the middle. Simple, said the writer who averaged 40 pages a year. One day, I met a musician who’d just released his first album on iTunes. A month later, one of my best friends published his novel on Kindle. Here were real people making their dreams come true, while I puttered along with my “hobby.” (Thanks to Erick Pace and Glenn Gordon for the inspiration.) They lit the fire. I signed up for Twitter—more real people, more published writers—and started a blog. I announced my intentions to finish by September.

Fortunately, only about three people actually read my blog, so it wasn’t like I took out a billboard. Still, the simple fact that my friends knew, and asked for progress reports, meant that I had to put my head down and work. The tenth anniversary of 9-11 was the final piece of the puzzle—maybe the reason I hadn’t been able to finish a story about trying to make sense out of tragedy. Too soon. I finally knew what to do. And here we are.

Not coincidentally, next week is my 30th wedding anniversary. My husband, Graeme, has been my strongest (and sometimes only) supporter. He had faith in me when I didn’t believe in myself. If not for him, there’d be no book, no dream, no giddy feeling of joy this morning. Yes, I still have a lot of work to do, and this book may never be anything more than a self-published footnote. But I finished it. Hallelujah!
at September 23, 2011