Last month, a friend prompted me to open a Twitter account. Like most people who grew up in the days when phones had party lines, I couldn’t fathom the concept of typing a conversation in 140-character snippets. Why not write a novel on postcards? 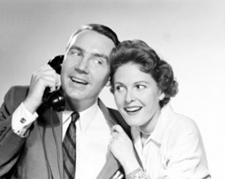 But within days, I was hooked. Understand, the Internet has always been my friend. I was one of the first kids on the block to sign up for Compuserve, way back in 1995. I used to hang out in a writers’ chat room. My phone is an Android. This isn’t a Luddite’s tale of falling down the rabbit hole—I get (and love) the power of social media.
That being said, Twitter is a different beast. More democratic, in a way, and also more chaotic—flashes of brilliance and ignorance in equal measures. (Type the wrong hashtag, and you're getting off the wrong subway stop in a bad, bad neighborhood.) The arcane system of retweets and mentions means that you don’t always get the instant gratification of a smile or a laugh; it’s more like dropping pennies in a well.
<my thoughts to the world>……………………………………………………..…..<plink>
The first few days of tweeting, I was so intoxicated by the ability to “talk” to famous folks that John Hodgman and Paul F. Tompkins had to take out restraining orders. It didn’t dawn on me that a person with 604,314 followers might not see my witty LOL among his many replies. Silly, I know. Great fun, though. When the novelty finally wore off, I started to get down to business, the true nature of Twitter. We’re all selling something, after all: our jokes, our blogs, our cookbooks, our thrillers. (Oh, and did I mention our spam?) There’s a mercenary nature to the game of follow-you/follow-me, and for someone who hears the word “networking” and breaks out in hives, it’s a challenge.
Still, my follower count is up to 75 this morning, and I wanted to thank each and every one of you. (Okay, so maybe @NovelSpot isn’t an actual person. Fine, be that way.) What a marvel it’s been to meet a thriving community of writers and artists who encourage one another, who openly share their failures and triumphs. As mentioned in an earlier blog, my second novel is almost—almost—done, and you’ve inspired me to get to the finish line. The page count has grown more in the past two weeks than in the previous six months. My goal is September. (Holy cow.) I’m telling you because I know you’ll hold me to it.
Thank you, all, for having the guts to pursue your dreams. Keep up the good fight (and put a timer on Twitter).
at August 03, 2011